Henry Cavill: The Superman in town 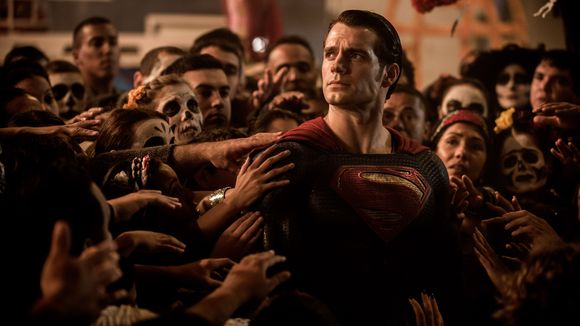 For the past year the writing's been on the wall, and now The Hollywood Reporter is saying it's official -- Henry Cavill will no longer portray Superman in Warner Bros.' big-screen adaptations of DC Comics. Many fans are angry, despite months of warning from people like yours truly that this was probably going to happen, while Cavill's reps and Warner are necessarily doing what they can to mitigate the negativity toward themselves and each other. So let's look at what happened, why it happened, and why it's probably going to turn out for the best for everyone involved.

Cavill's Man of Steel was good and did blockbuster business in 2013, grossing $668 million worldwide. However, studio expectations were higher, given what they felt was a high-quality result sharing the same sort of "grounded in realism" approach that turned Warner's Batman franchise into a billion dollar franchise. Indeed, Man of Steel shared the same pedigree as Christopher Nolan's The Dark Knight Trilogy, with David Goyer penning the Superman script. That still wasn't enough to carry Man of Steel toward the $800 million territory the studio hoped for, and it was clear there was still lingering baggage weighing the super-series down.
Cavill received mostly very positive critical reception for his portrayal, even though many also felt he wasn't given enough opportunity to show joy and excitement at having his powers and at the prospect of being a godlike symbol of hope for the world.
Next came Batman v Superman, which met with overwhelmingly negative critical reception, constant media coverage of that negative reception, less enthusiastic audience scores relative to past Batman-featuring films (and even Man of Steel), an underperformance of $873 million, and widespread complaints that Superman seemed too dour and was bogged down in perpetually questioning his mission and even the worthiness of humanity at times.
The terrible results for Batman v Superman of course led to widespread changes in Warner's approach to the DCEU, and a last-minute rush to make adjustments for Justice League.
We all know how that turned out, of course. Taking about $658 million worldwide, Justice League was an undeniable failure. I won't call it a true "flop," since it made enough to qualify as a blockbuster; but it failed because it didn't recoup its costs, it was the lowest-grossing film of the entire DCEU to date, it was a critical failure, and it once again received mixed audience scores.

Cavill was forced into a no-win scenario of sorts, first with an "evil" Superman sequence that -- while many of us were fine with it and got the point of it -- seemed to alienate a lot of viewers and critics, followed by massive reshoots to make him more upbeat and smile often but which were hamstrung by distractingly bad CGI removal of his mustache. Cavill gamely gave it his best shot, but to no avail, he just couldn't overcome the multiple problems in the film and particularly with his character.
And to be blunt, while I think Cavill was a great casting choice and I don't blame him for the problems, it's also true that for whatever reason the mainstream audiences never seemed to take a real shine to his Superman. Fans can argue about it all they want, and insist his popularity among fandom was important, but the fact is most of these films' box office comes from average mainstream viewers, not comic book fans. And like it or not, Cavill was simply never a hit with those average viewers.
If you're Warner Bros., you cannot simply ignore the fact your Superman has repeatedly failed to live up to expectations critically, financially, or in sheer popularity. Cavill just never managed to break out in the role, and that's unfortunate but there's also no point denying the truth of it. And this is a business, and business decisions have to be made based on reality.
Another reality is that this iteration of the DCEU has only really had two solid success stories so far -- Suicide Squad, and Wonder Woman. The former is a qualified success, since it was a box office hit grossing more than expected while receiving bad reviews and mixed audience scores. So yes, the DCEU is being changed and soft-rebooted at this point, and the soft reboot could eventually become a hard reboot depending on a few factors in the near-future. Which means, when combined with the truth about Cavill's Superman not being a big hit with viewers after three tries, Warner is not mistaken in thinking it's time to move on.
And let's be clear, Cavill probably is better off moving on at this point, too. He has just starred in the hit Mission: Impossible Fallout, he has a starring role in the new Netflix series The Witcher, and there are no Superman films on the horizon at this point anyway. Why continue haggling and dealing with the stress and frustration of superhero movies that aren't working, and that could in fact wind up hurting his career if he stars in another one that fails?
No, at this point, it's reasonable for both sides to part ways. The negotiations themselves didn't really go well in the first place, since an attempt to arrange a cameo in the upcoming Shazam! fell through, going a long way to reinforcing Warner's feeling that it was time to just move on and set Superman aside for a little while until they can come up with a better plan for him.
There's not much point in denying the facts here, the Superman films and appearances so far in the DCEU haven't worked out very well from a business standpoint, aside from the underperforming hit Man of Steel. The negotiations didn't work out either. And overall, the DCEU is being rethought after a lot of mistakes and stumbles. Warner is doing their best now to correct things and figure out the best path forward, and meanwhile Cavill has to pursue his career where there are clearer and more likely paths to success for his future. Both sides have reasons for their reactions and decisions, and now it looks like both sides will benefit most by shaking hands and parting ways when it comes to Superman.