Video: 31-year-old Nigerian man arrested in Italy after attempted rape of a woman at a railway station |Naijabomnet'sblog 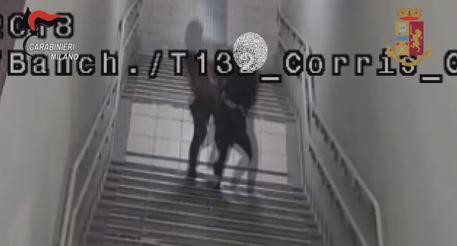 Policemen in Italy have arrested a 31-year-old Nigerian man in relation to a rape attempt at Milan's Garibaldi station few days ago.
The victim, a 25-year-old woman, managed to repel the attack using pepper spray.
The suspect, an undocumented migrant who has made a request to Italy for international protection, had previously been reported for alleged sexual violence against a woman on a train in November 2017, sources said.
He also has a criminal record for drug offences that is "six-pages long". Interior Minister Matteo Salvini commented on the case via Twitter.

"25-year-old girl attacked some days ago in Milan station, she saved herself from RAPE using pepper spray," Salvini said.
"Rapist arrested today. P.S. I cannot say that he's a illegal Nigerian immigrant with a criminal record or they will accuse me of racism".

The attack caught on camera. Watch the video below..