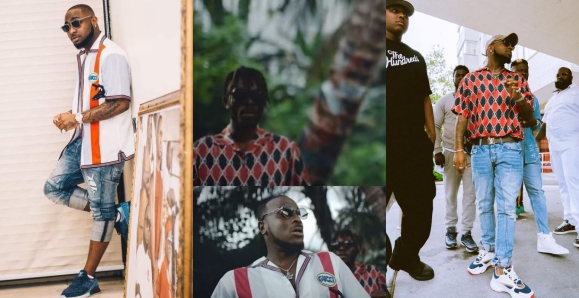 Nigerians on social media have accused musician, Davido of giving out his used clothes to his girlfriend’s cousin, Peruzzi and his producer Fresh.
The accusation came after the duo of Peruzzi and Fresh were caught in a music video released yesterday wearing same shirts Davido had worn some weeks back.
However, some users have argued that there is nothing wrong in him doing that; others also noted that it could have been a coincidence as the two might have also bought the same clothes when Davido bought his own.
See photos below. 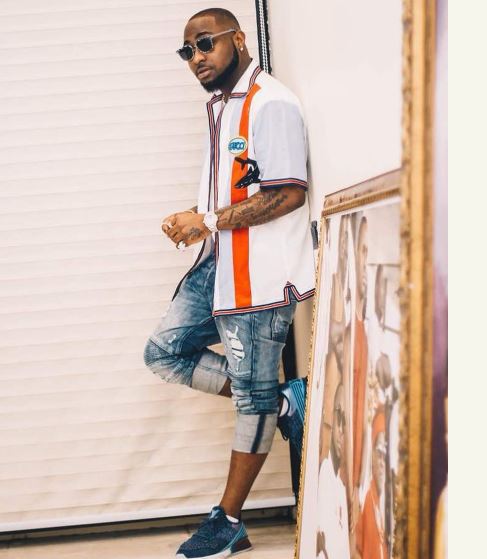