See photo of man who allegedly hacked his boss to death in Delta state. He was nabbed in Ghana 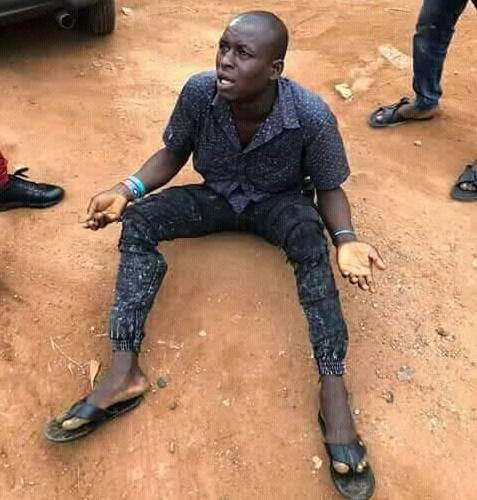 See photo of man who allegedly hacked his boss to death in Delta state. He was nabbed in Ghana. The picture of the man who allegedly murdered his boss in Delta state has been released.
The man, identified simply as Tony, was reportedly nabbed in Accra, Ghana, after he fled following the death of his boss, Late Mr Michael Onyeach Nweke, who was the Sapele Butcher’s Association Chairman.
Mr Michael Onyeach Nweke, the Chairman of the Delta Butchers Association, Sapele branch, was assassinated a few days ago in Sapele Main Market abattoir. He was hacked to death on Saturday night at about 9pm at Sapele market abattoir where he was said to be rounding up the day’s sales. He was attacked by a group of young men who descended on him with various weapons and butchered him to death. 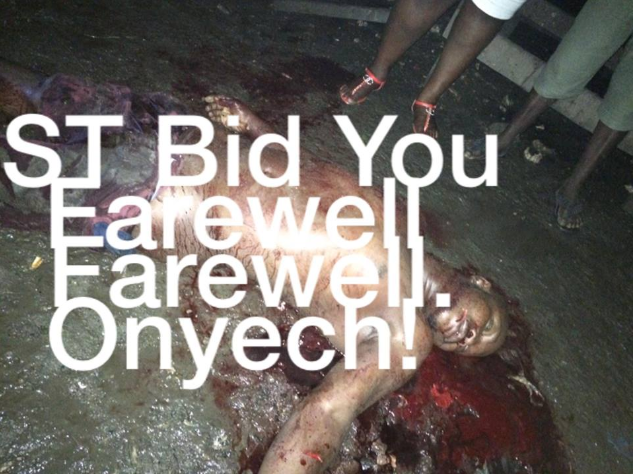 Tony was fingered in his death and days later, he was arrested in Ghana and transferred from Ghana to Sapele police division. Investigation into the matter continues.
source:Lindaikejisblog