Photos: 28-year-old man stabbed to death at his friend’s apartment in Lagos 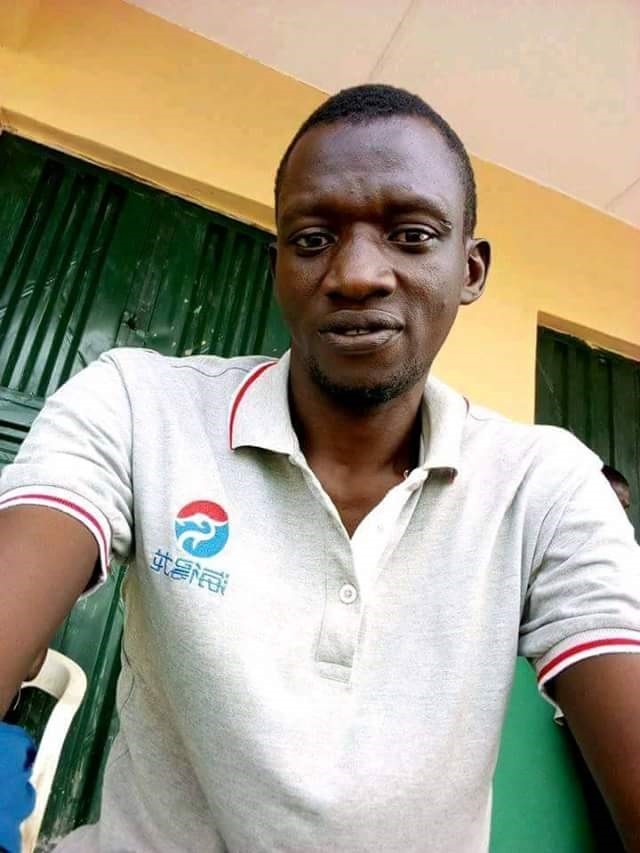 Detectives from the homicide section of the Lagos State Command have launched investigation into the murder of one Taofeek Sosanya at his friend’s home at 1 Modupe street in Alapere area of Lagos.
The deceased Sosanya, 28, had gone to celebrate the Eid el-Fitr with his friend, Femi Idowu, with a plan to return to his base in Ogun State on Monday.
On Sunday night, Sosanya left his friend’s apartment to receive fresh air outside after power outage. He was said to have slept off in the process.
It was gathered someone raised alarm after unknown armed persons invaded the area.
Sosanya was found in the pool of his blood. He was stabbed to death.
The Lagos State Police public Relations officer, CSP Chike Oti, who confirmed the incident said investigation into the matter had begun.
"Policemen visited the scene and removed the corpse, which was deposited at the Mainland morgue for autopsy.” he said.
Meanwhile, friends and family members have taken to Facebook to mourn his untimely death. See their tributes... 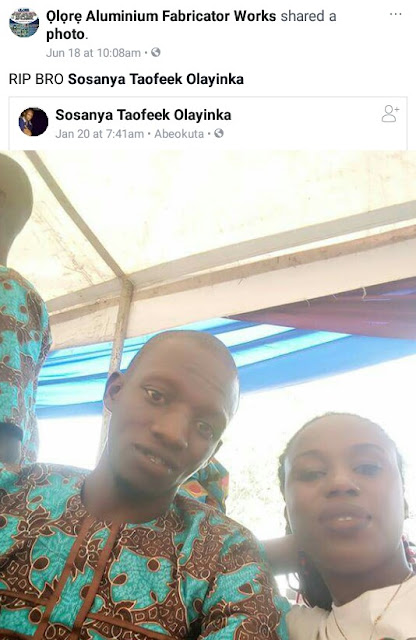 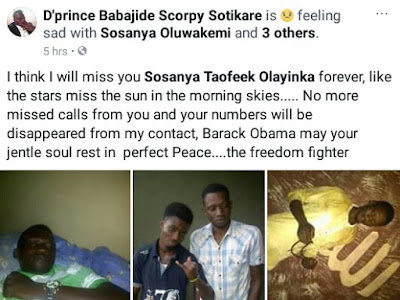 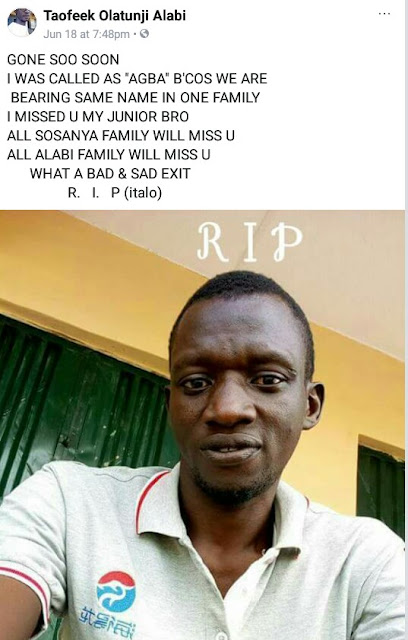 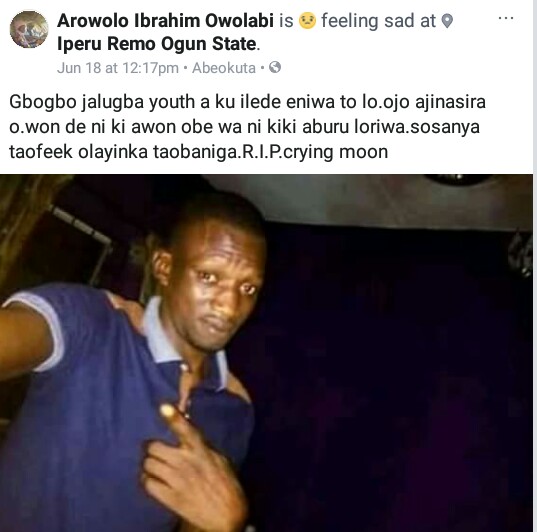