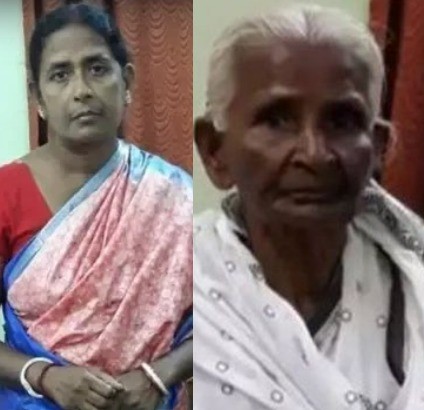 The Indian woman pictured left was caught on camera yesterday beating her aged mother in-law. The offence of the elderly woman was that she went out to pluck flowers without taking permission from her.
The video which was filmed by one of the neighbors, shows the middleaged woman hitting the elderly woman repeatedly.
The matter came to light when an official of the Bansdroni police station in India stumbled on the video shared by the neighbor online. Within a few hours, the video had got total 5,03,000 views, 8,300 likes and 25,000 shares.
Police swung into action and were able to trace where the incident happened.