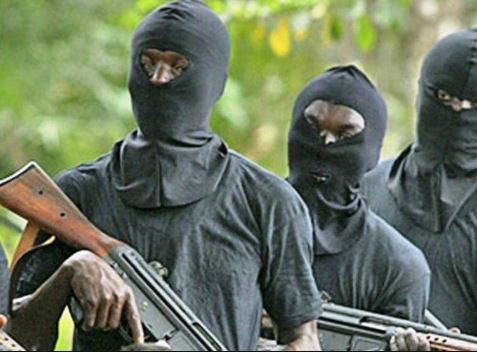 The Sokoto state police command has confirmed the killing of three policemen and kidnapping of an expatriate, Abul Nasir, a Syrian national working with Triacta Construction Company in the state.
The command’s public relations officer, Cordelia Nwawe, told NAN on Wednesday that the incident occurred around 7: 20 am at the company’s quarry site in Lambar Mazaru village in Bodinga Local Government Area.
Nwawe said the three policemen guarding the premises were confirmed dead in the hospital, while the expatriate was taken to unknown place. She said the police had commenced investigation into the issue with a view to releasing the abducted Syrian national and arresting the culprits.
Some of the company’s security men guarding the quarry said four hoodlums, who drove in a car with tinted glasses, attacked the place. They said the gunmen opened fire on the policemen immediately they arrived at the quarry. They said the kidnapped expatriate was the manager of the site.
source:Gistreel