SA-based Nigerian pastor condemns alleged lynching of gay men in the east, says it is barbaric and wicked 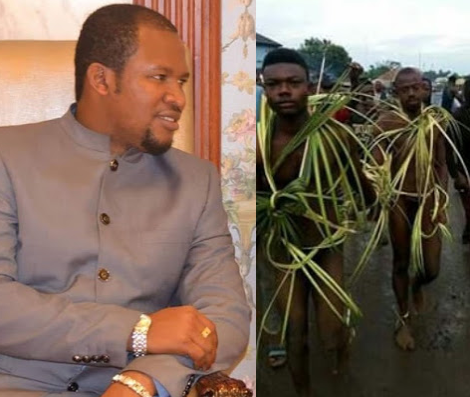 South Africa- based Nigerian preacher and Software Developer, Pastor Charles Awuzie, has condemned the lynching of gay men in the easten part of Nigeria.
Recall that the two men were allegedly caught having sex and were beaten and paraded naked in their community.  Below is his post:
This is trending on social media...
GAY COUPLE CAUGHT IN THE ACT.
Here's my take:
For the fact that this is happening in my town Aba, I must say something.This is BARBARIC. This is wicked. This is religion at work.
Why kill gays because they sinned differently whereas some of you are sleeping with mad women in the midnight at Ohanku by Ngwa Road for powers.
Am I supporting homosexuality? God forbid. Only a fool will think that by condemning the shedding of gay blood then Charles Awuzie must be gay. I hate any form of sexual immorality but I will never lay a hand on a homosexual. I don't have that authority. I am not perfect myself.
Homosexuality is already a crime in Nigeria... Why should ordinary citizens take laws into their hands and mob suspected homosexuals? You should have reported them to the police.
I have tried to tell the world that Aba is the greatest place in the world but una just fall my hand.
I have gay friends and I don't want to hear that they visited Aba and got mobbed. Allow God to work on them.
I condemn this barbaric act in my hometown. All those who mobbed these people should be arrested as soon as possible. Aba cannot continue to be 1000 years behind civilization.
source:Lindaikejisblog