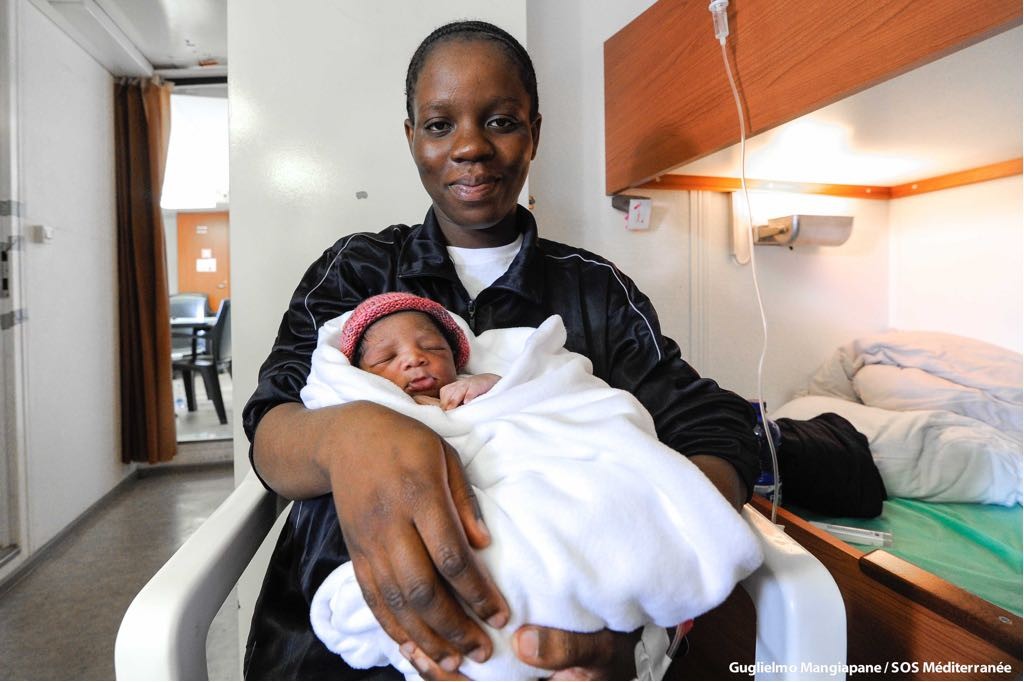 Photos: Nigerian woman gives birth to healthy baby boy on Italy-bound migrant rescue ship.  A migrant woman said to be a Nigerian on Saturday, May 26, gave birth to a healthy baby boy on board MV Aquarius, a search and rescue ship run in partnership between the international medical humanitarian aid organisation Médecins Sans Frontières (MSF) and SOS Mediterranee. 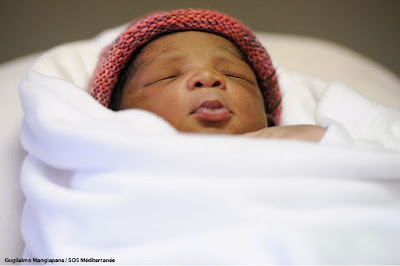 Baby Miracle was born in international waters at 3.45pm, with his mother rescued just days before on Thursday May 24 by an Italian navy vessel and later transferred to the Aquarius.
MSF midwife Amoin Soulemane, who delivered the baby said:
“For a first time delivery the baby came very quickly. The labour pain started early in the morning, but within just a few hours of active labour the baby was born. Both the mother and baby are doing very well.” 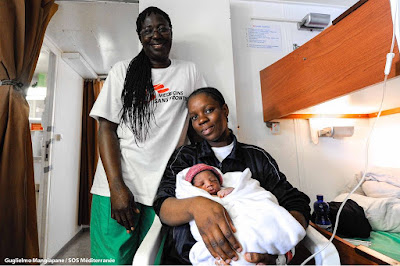 The new mother shared with MSF that she spent one year in Libya, where she says she was held captive, beaten, given very little food and extorted for money for release.
She says she escaped with her partner and hundreds of others earlier this year and had since been hiding in a friend’s house in Libya, before undertaking the dangerous sea crossing on Thursday. 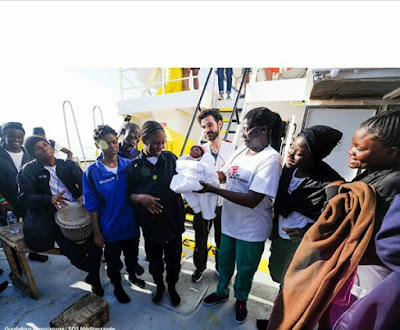 MSF nurse Aoife Ni Mhurchu said, “The situation in Libya is extremely dangerous for refugees and migrants, with very little access to medical care. If she had gone into labour just 48 hours beforehand she would have given birth hiding on a beach in Libya, without any medical assistance.”
“She told me their boat actually departed on Wednesday but after a few short minutes the engine failed and they were returned to shore. The smugglers demanded they hide on the beach, then disappeared and didn’t return for 24 hours. At this point she was left terrified, heavily pregnant, and without food or water,” Ni Mhurchu added. 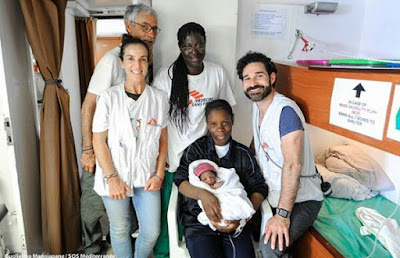 With the addition of baby Miracle, the Aquarius now has a total of 70 people on board, all of whom will disembark in the port of Catania, Sicily on Sunday morning.
source:Lindaikejisblog