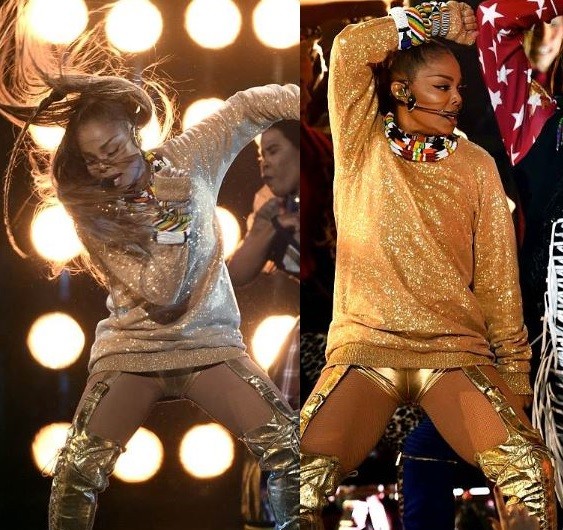 Photos from Janet Jackson's sexy and electrifying performance at the Billboard Music Awards.

Pop star, Janet Jackson, made her first televised performance in nine years at the 2018 Billboard Music Awards which held at the MGM Grand Garden Arena in Las Vegas on Sunday.
The 52-year-old singer and mother of one who put on a sexy and electrifying display on stage performed rendition of her 1986 mega-hit 'Nasty' and 1994's club smash 'Throb'.
For the performance, she was dressed in a sparkling golden sweater, teamed with high heeled boots and suspenders.
Janet Jackson was also presented with a prestigious Icon Award by singer Bruno Mars. She became the first ever black woman to receive the Billboard Icon Award in recognition of her long career.
See more photos below. 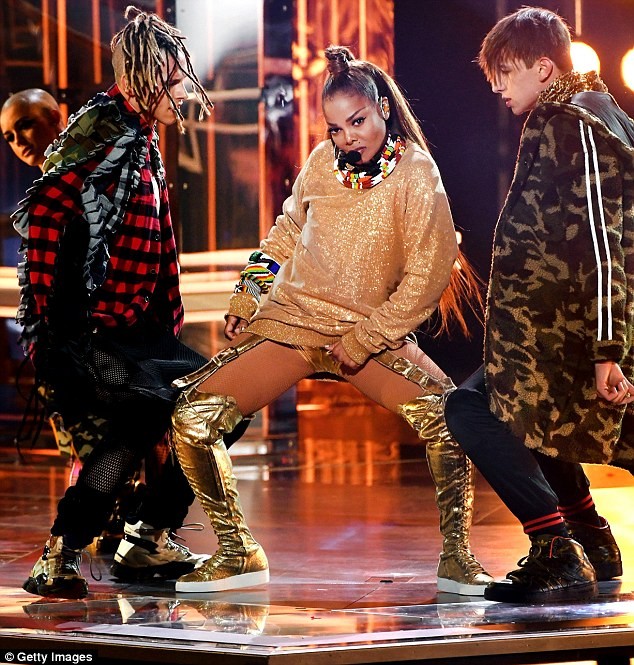 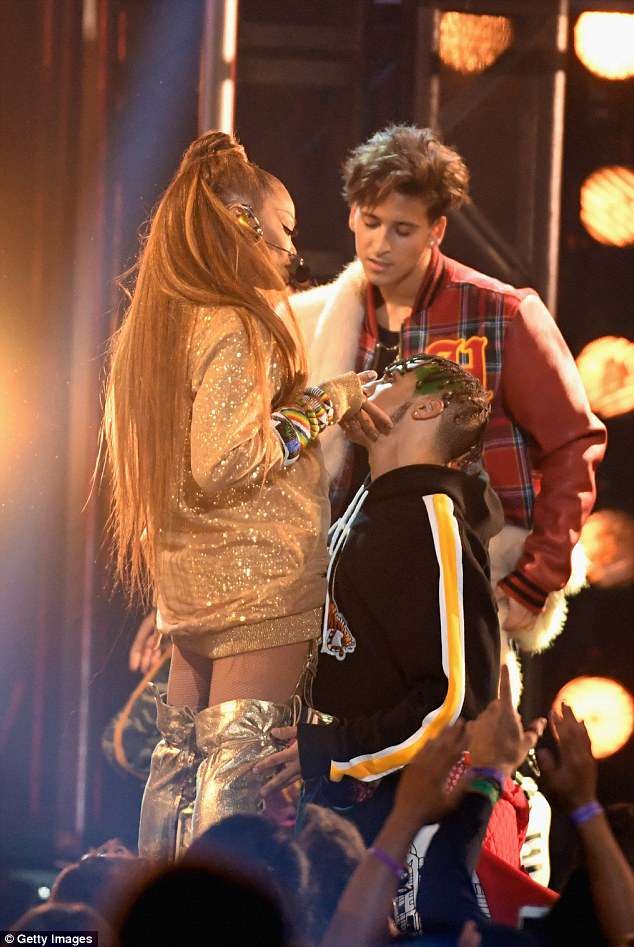 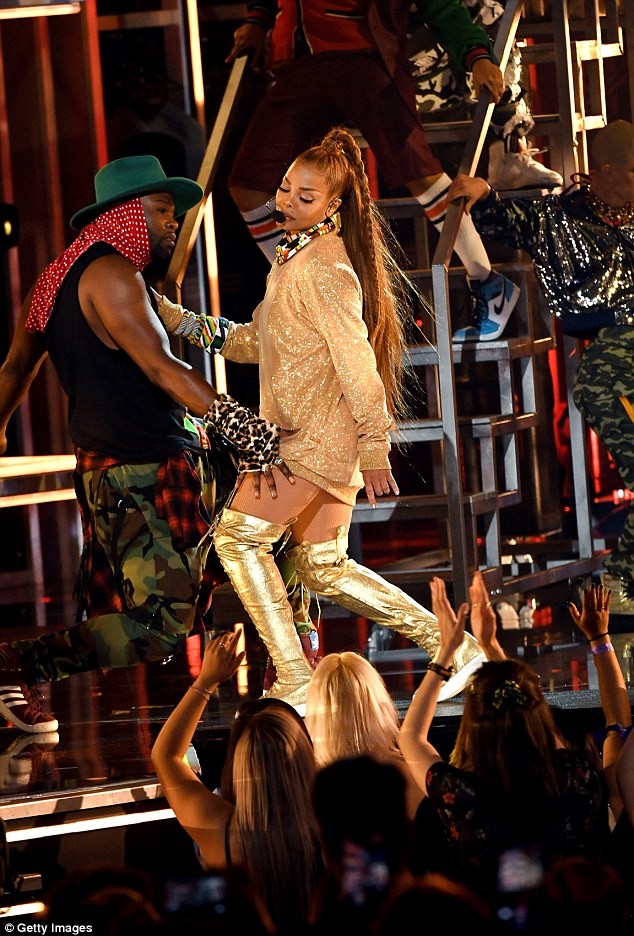 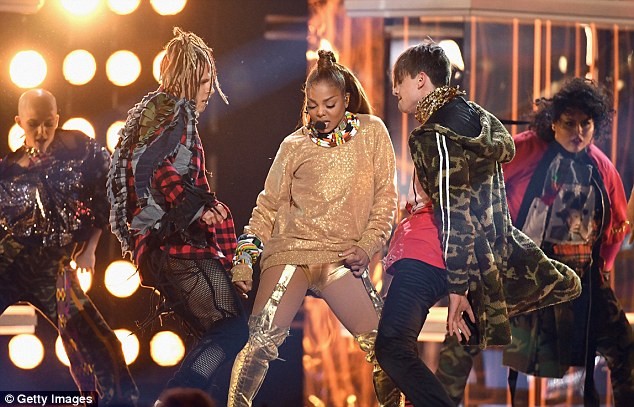 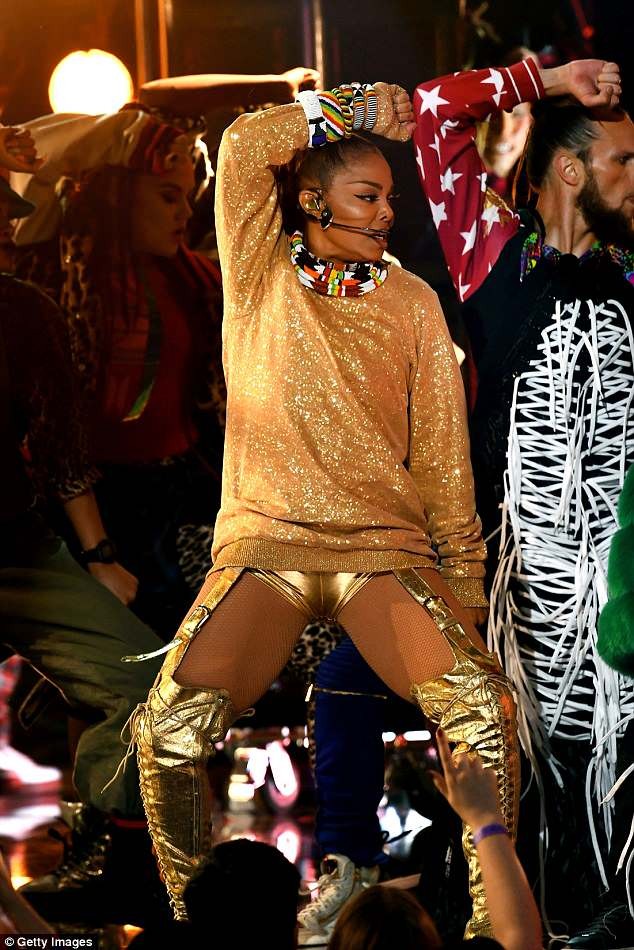 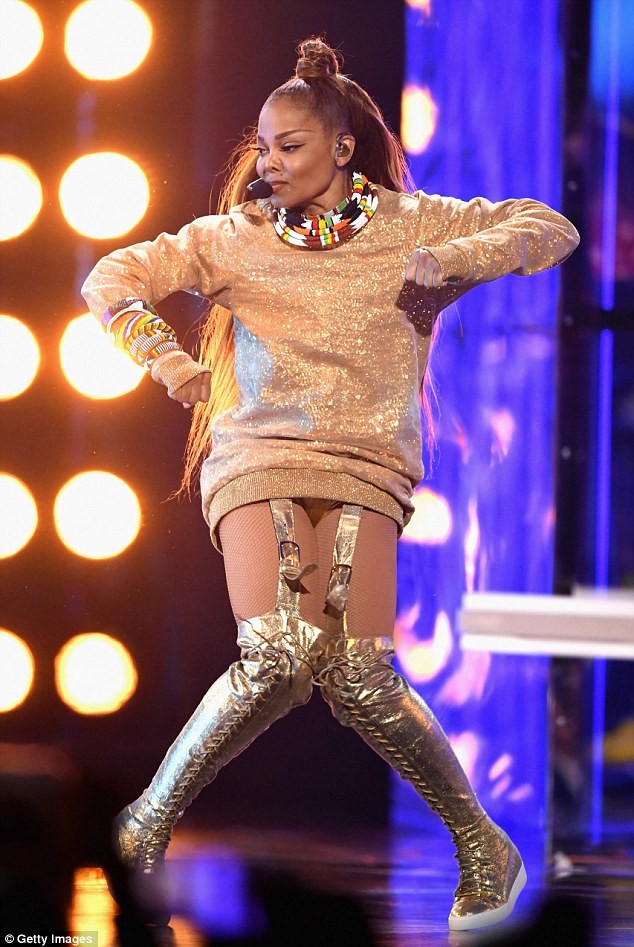 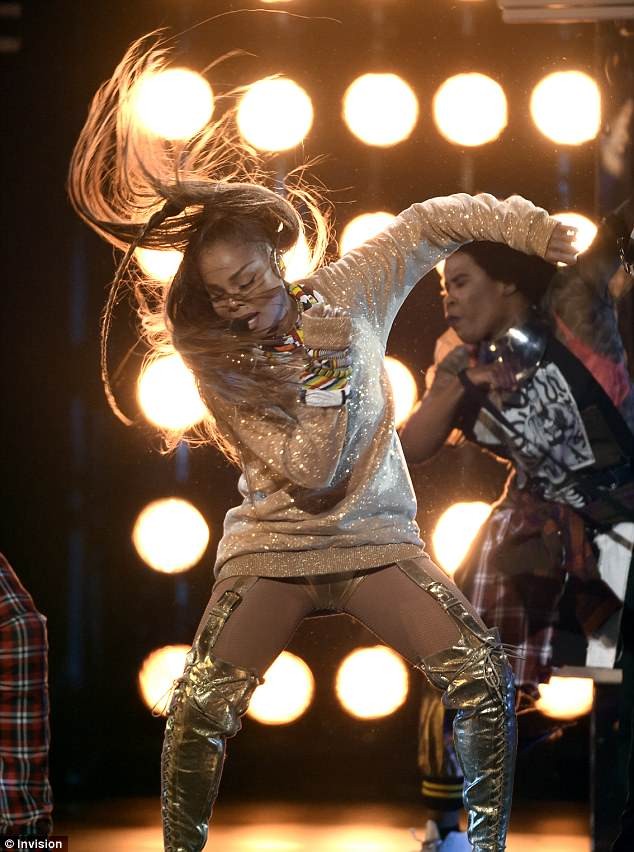 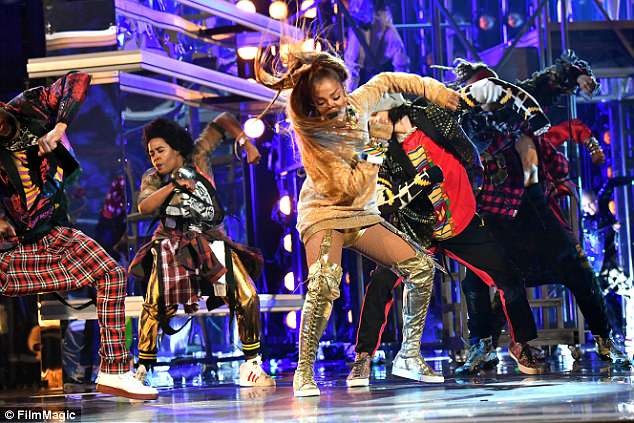 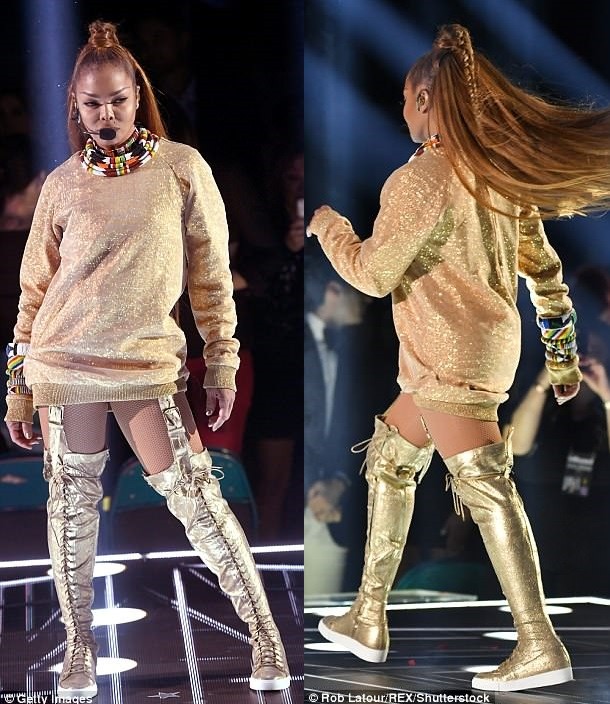 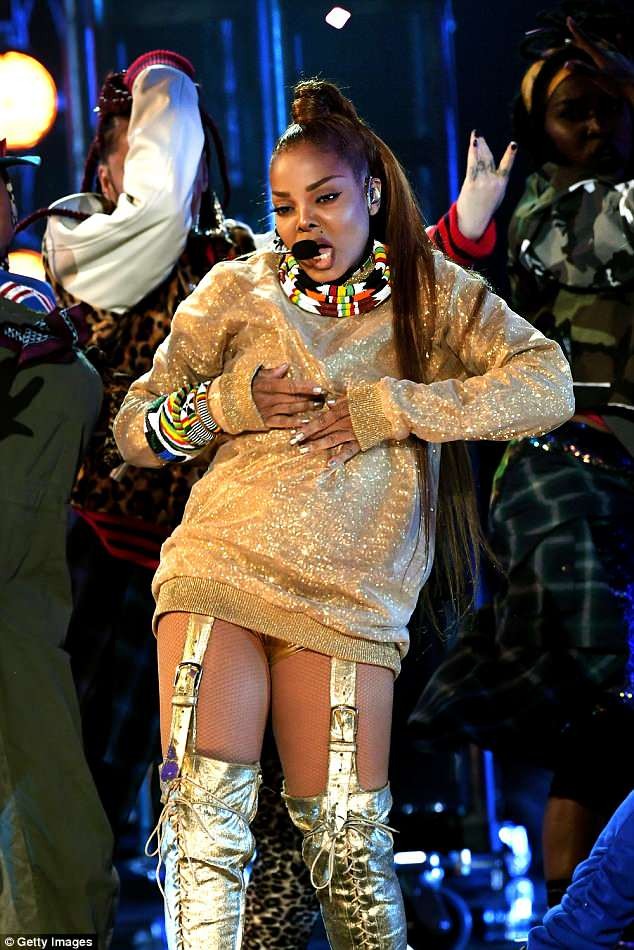