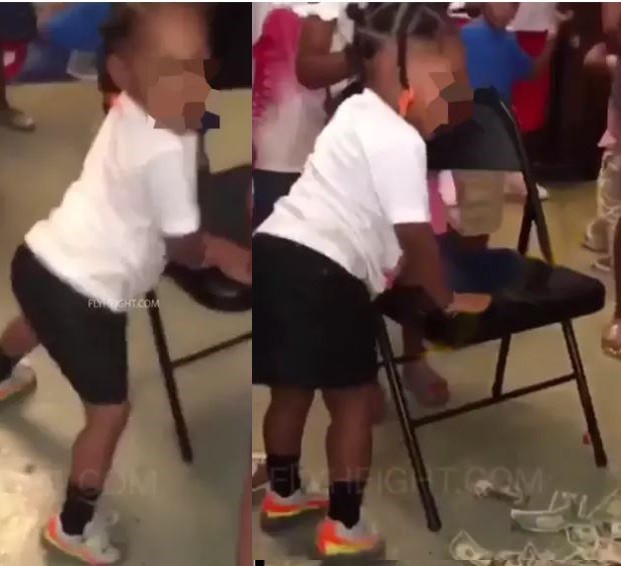 Angry parents have reacted to a moving video which has behind viral online.
The video shows a 3-year-very old woman twerking at a children's birthday party, even if the adults in attendance were encouraging her to dance inappropriately taking into account one of them tossing dollar bills at her.
According to reports, the tiny girl was made to dance inappropriately to "booty" music taking into consideration Sir Mix A Lot's "I also Big Butts" and Blac Youngsta's association hit single "Booty."
It's still unclear where the video originated from, but many arbitration it's from Jacksonville Florida.
Watch the video here.