Girl, 5, saved at last second by stranger after slipping out of mum’s hand and falling under moving train (video) 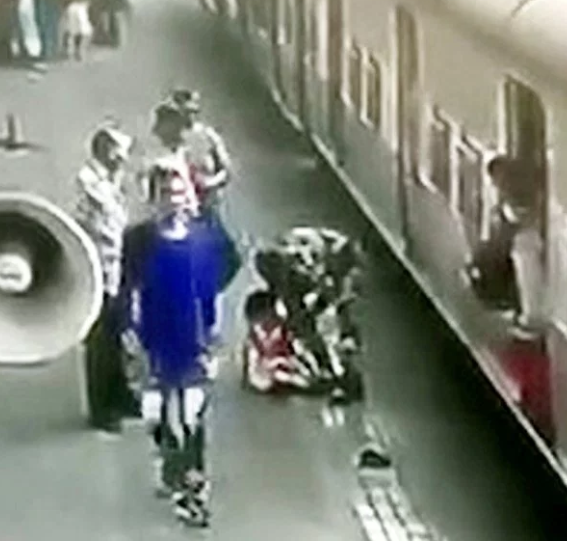 The heart-stopping moment a five-year-old girl was dragged under a moving train and saved at the last second by a heroic onlooker was caught on video.
The girl and her parents were boarding a train when she slipped out of her mum’s grasp and she fell under the train. The girl’s mother had boarded with father Mohammad Dishaan fractions of a second before the incident.
But within seconds, an onlooker named Sachin Pol spotted the danger and leapt into action to save the young girl’s life. As he tried pulling her to safety, he too was nearly dragged under as the train left Mahalaxmi station in Mumbai, India on Friday evening.
Sachin Pol and the girl suffered minor bruises but were given first aid at the station’s medical room. 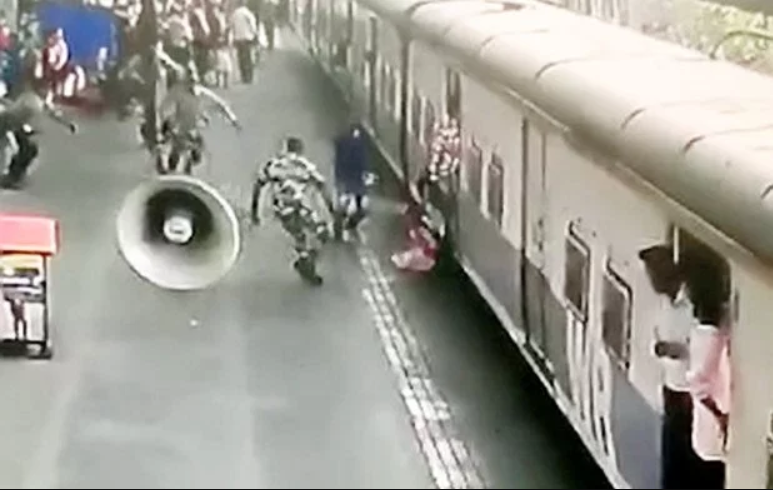 Mohammad and his wife were on their way back home to Bhiwandi after visiting the Haji Ali shrine when they tried to board. Mohammad, who has four other children, said his wife is new to Mumbai and does not know how quickly Mumbai trains gain speed.
He added: "I was walking ahead and she was holding our daughter’s hand. The train was stationary when we went to board it, but then it started moving and picked up speed. I will be eternally grateful to the man who saved my daughter’s life."
Sachin Pol is a resident of Lower Parel and has been in Maharashtra Security Force’s employment for two years.
Watch the shocking video below.