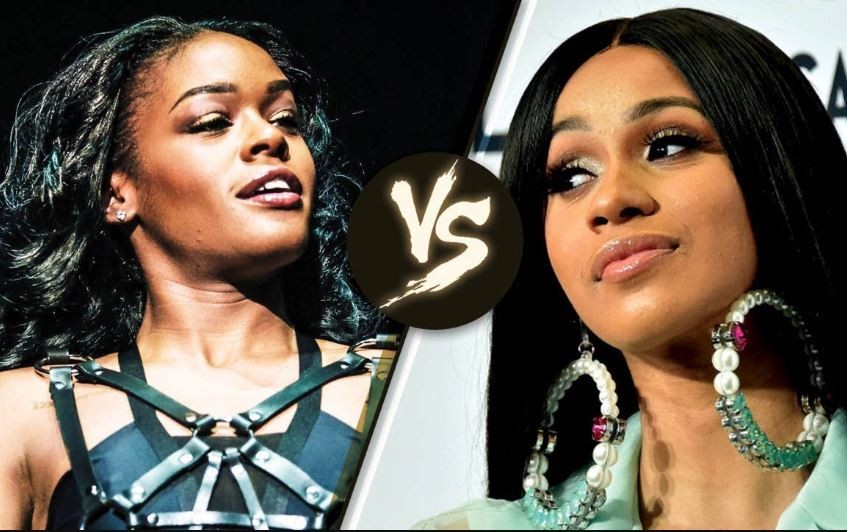 Female rappers, Azealia Banks and Cardi B dragged each other on Twitter after the Harlem artist's controversial interview on The Breakfast Club.
It all started after Azealia appeared on The Breakfast Club on Friday, where she discussed some topics like Donald Trump, Kanye West, her upcoming music, as well as her previous criticism of Cardi B.
When confronted about calling the Cardi B “an illiterate rat” back in February, she said:
“When I look at black women’s culture as a whole thing and then you think about the media and the power the media has … the media has the power to make anyone at the forefront,” she says. “I think that it’s very concerning to me that this conversation surrounding back women’s culture changed.'
“I feel like maybe two years ago the conversation about black culture was really reaching an all-time high. We were really discussing the power among ourselves. Then everything just changed. Then, it was like Cardi B.”
Banks went on to describe Cardi as a “caricature of a black woman that black women themselves would never be able to get away with.”
“If my spelling and grammar was that bad I’d be cancelled,” she says. “If Nicki Minaj spelled like that, they’d be ragging on her all day. When it comes to this female rap thing that we have, I don’t understand how we go from Beyoncé and Lemonade and Solange and all these great conversations to like … this. I know we’re not monolithic but come on.
“It’s not that [she’s a stripper]. I feel like you guys use everything to make this bigger than what it is. I just don’t understand the extreme lack of couth. I’ve never seen that. I’ve never seen that at the forefront of female rap. I didn’t know that the bar would be lowered so much. It was kind of like a culture shock. When you’re talking about this female rap thing — bitches that really push their pen, girls that live, breathe and sweat this art thing — I just feel like it’s unfair to the real institution of female rap.”
Shortly after the interview aired, Cardi took to Twitter to hit back at her critics for constantly dragging her out. 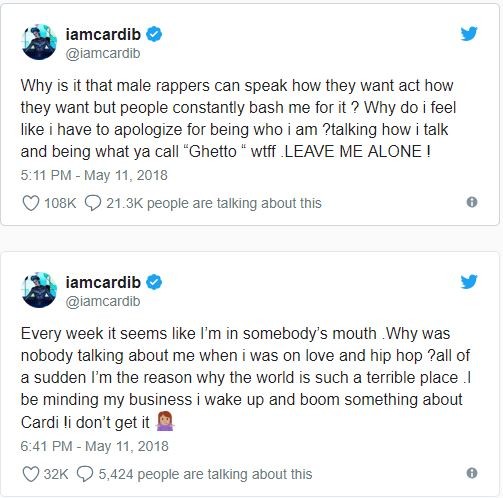 Banks whose Twitter account was suspended in 2016 following a series of racially charged tweets attacking singer and former One Direction star Zayn Malik, responded by tweeting from another account @cheapyxo which also has been suspended this morning.
Here are her tweets below. 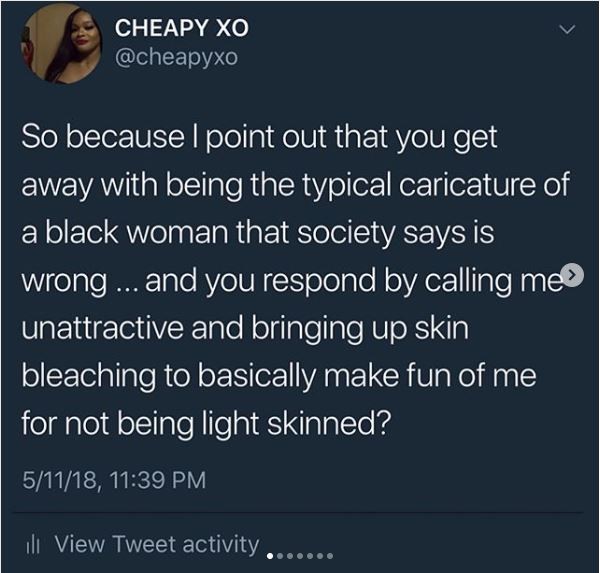 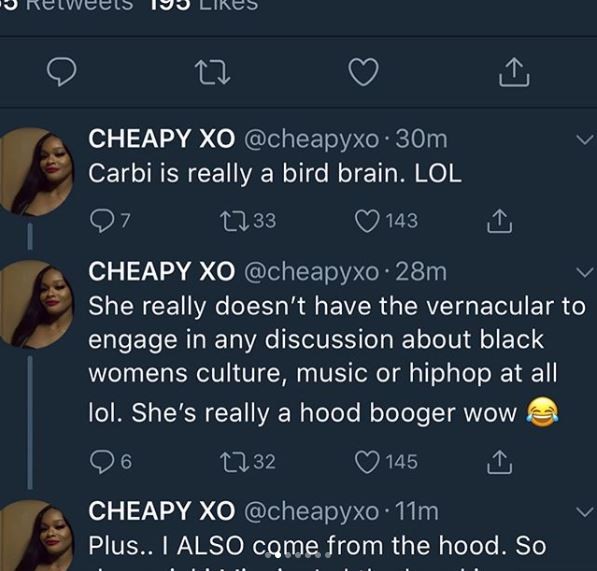 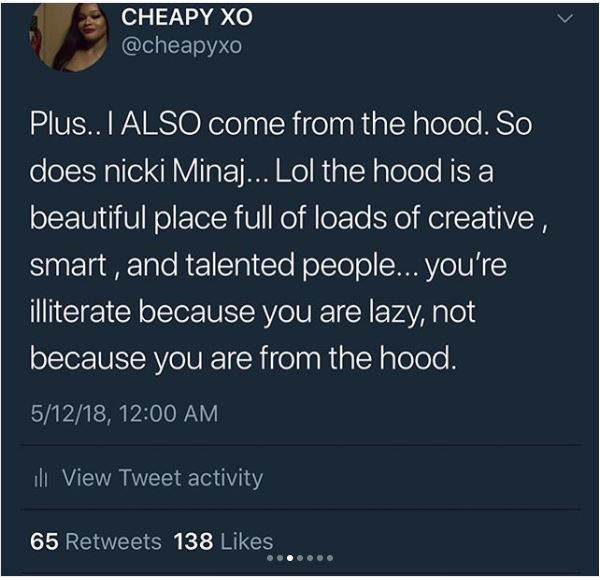 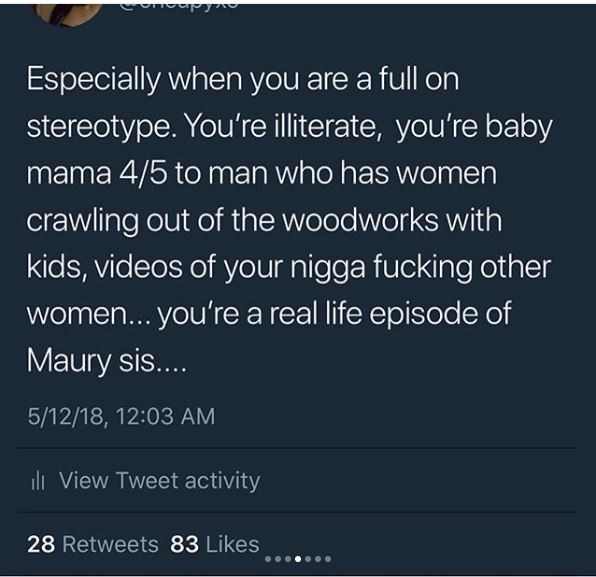 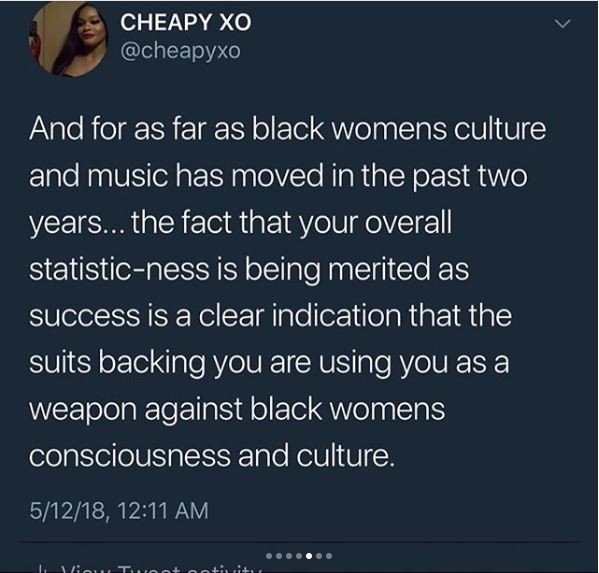 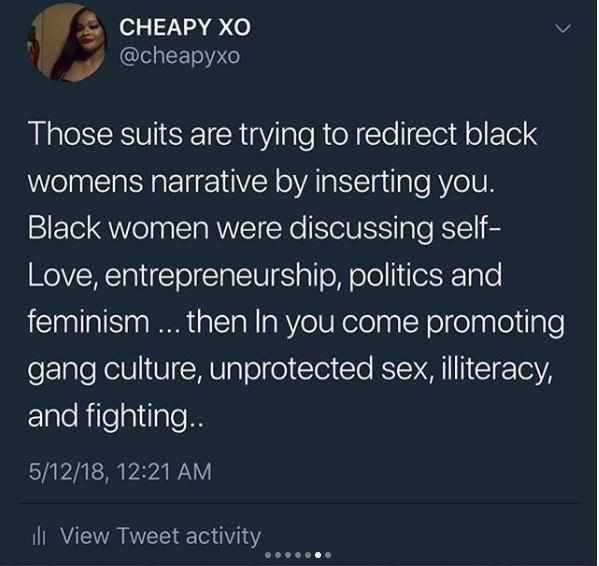 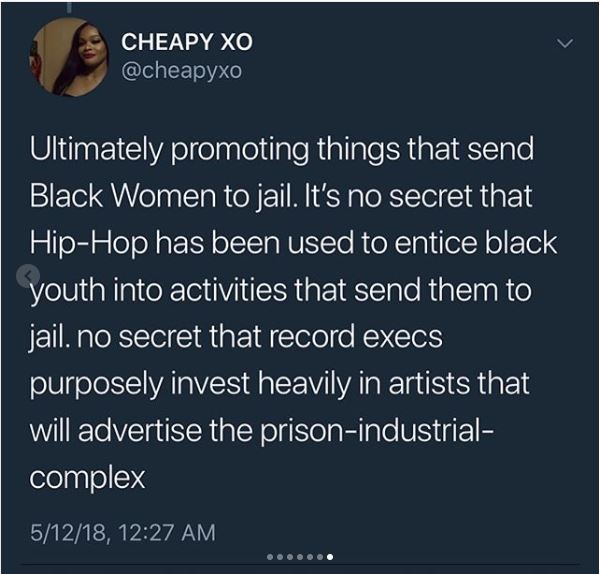