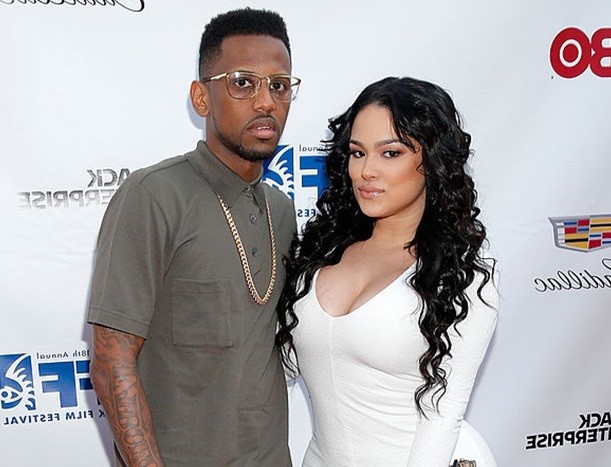 Rapper, Fabolous has officially been charged following allegations that he assaulted his longtime girlfriend, Love and Hip Hop" star, Emily Bustamante, causing her to lose two front teeth.
Bossip confirmed that the Brooklyn rapper is now facing one count of aggravated assault in the third degree as well as one count of making terroristic threats, also in the third degree.
In the rapper's complaint which was obtained by BOSSIP, Emily Bustamante said her sons’ father committed domestic violence against her, punching her in the head seven times, “causing severe damage to her two front teeth,” which later had to be medically removed.
The father of two also texted Emily to “inform her that he would hit her in the head with a baseball bat,” and after he tried to obtain a handgun that had been removed, “informed the victim that he had a bullet for her,” his complaint says.

It was reported that the Bergen County Prosecutor’s Office has stepped in and will be trying the case against the Brooklyn rapper.
According to BOSSIP, the “Throw It In The Bag” rapper could face three to five years in state prison along with up to $15,000 in fines for the aggravated assault charge alone, if he’s convicted.
Fabolous is due back in court later this month for the ongoing case.
Some days ago, a video also surfaced online which shows Fabolous raging bitterly at his babymama of two children and her father while holding a knife.
SOURCE: LINDAIKEJI'S BLOG