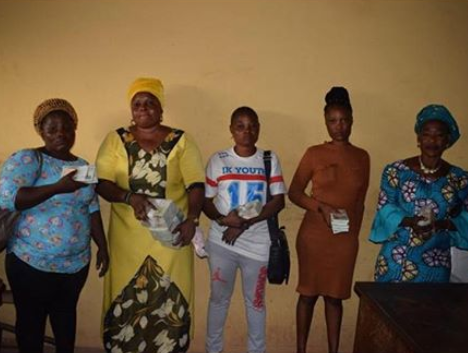 Five persons have been arrested by the Ogun State Police Command for allegedly hawking naira notes in different parts of the state. They were Toyin Alegbe, Kehinde Akinbode, Shoneye Latifat, Kehinde Olanrewaju and Iyanuoluwa Shokunbi.
They were arrested in Ijebu Ode, Sagamu and Abeokuta during sting operations jointly carried out by the operatives of the command and officials of Central Bank of Nigeria on Thursday 12th and Friday 13th of April 2018.
The state Police Public Relations Officer, Abimbola Oyeyemi, said the operation was in line with the provisions of Section 21(1) of the CBN Act 2007 which made hawking, selling and abuse of naira a punishable offence.
He said various denominations of naira notes totalling N1,560,000 were recovered from the suspects who were publicly exhibiting their illicit trade. The suspects, he said, would be charged to court soon.
source; Lindaikeji