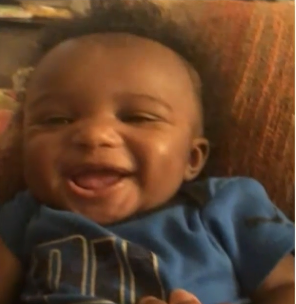 The horrific death of a 5-month-old baby killed by his mother's boyfriend in Michigan because he suspected her of cheating, has shocked everyone who's heard of it.
19-year-old Rico Antonio Riggs kicked and severely injured baby Jordan Algee Jr. after the child's 23-year-old mother Temara Shaniece Reed left the baby at home with him as she went to the store to buy something.
Riggs went through Reed's phone while she was away and he found text messages from other men and this angered him, so he took the anger out on the child. He reportedly went into the room where the baby was and kicked the baby.
“I lost control, spazzed out and kicked the baby,” Detective Brett Orvis told a judge Reed admitted to him.