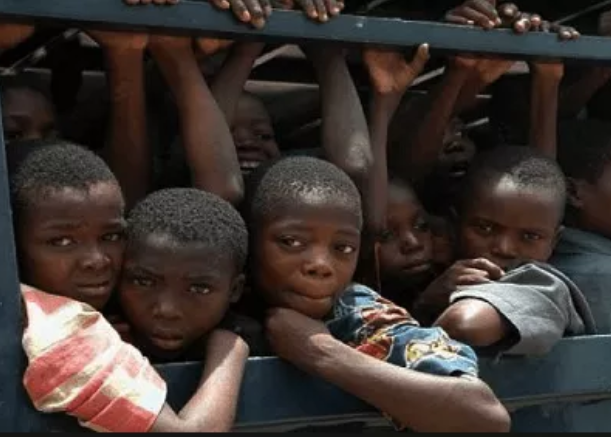 Benue State Police commissioner, Fatai Owoseni today said that prince Messenger Tar has been arrested for allegedly masterminding the trafficking of 23 people..
He was caught while conveying the 23 people out of the state in an 18-seater bus belonging to a transport company known as Benue Links. Owoseni said the police suspected that the victims, who are between the ages of 12 and 45, were being transported illegally for trafficking purposes.
He said: “Investigation revealed that the victims were lured by the suspect on promises of providing them with jobs at Kiama in Kwara State but that they were actually going to be taken outside the country to Niger for exploitation. The victims would be handed over to their parents/guardians while the suspected trafficker will face the law.”
The suspect, however, denied that he was trafficking the people for exploitation. He told newsmen during his parade by the police that he had a restaurant in Kwara state and had wanted the two ladies among the alleged victims to work for him, having settled their parents of the sum of N10,000 monthly salary.
He added that the other victims were only going to join their relatives living in Kwara state.
SOURCE: lindaikejisblog