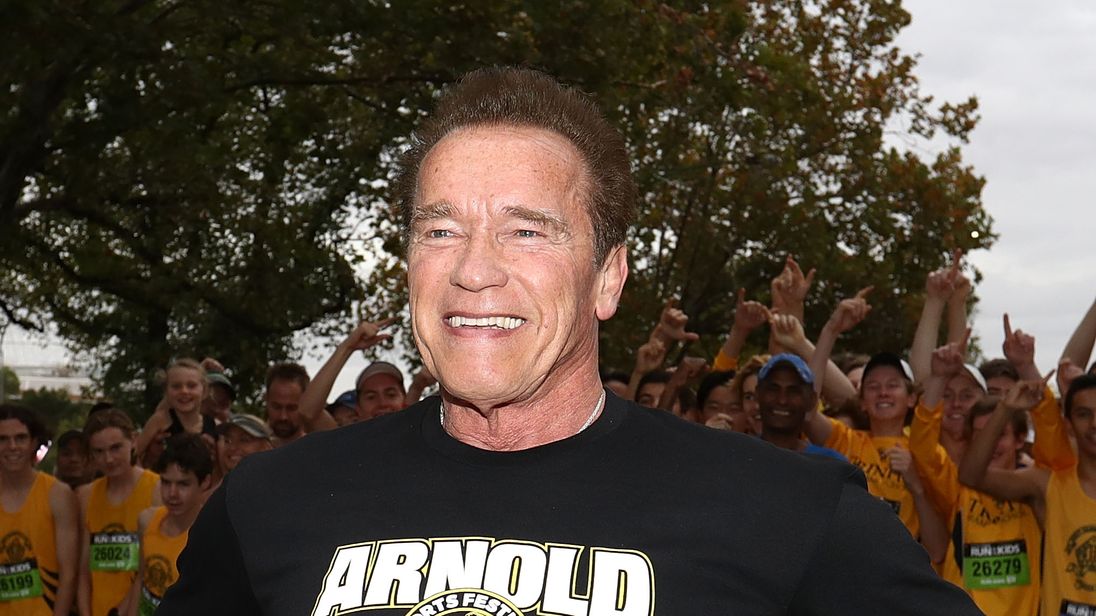 Arnold Schwarzenegger has returned home and is "doing incredibly well" after undergoing successful heart surgery.
The 70-year-old Terminator and Predator star underwent the planned procedure at a medical centre in Los Angeles last week, as a pulmonic valve originally installed in 1997 for a congenital heart defect needed to be replaced.

Schwarzenegger had been tweeting from his hospital bed to let fans know how his recovery was going, with his first words upon waking up revealed to be a twist on his iconic Terminator line, "I'll be back."
His spokesman, Daniel Ketchell, confirmed that he had said "I'm back" following the catheter valve replacement
The former California governor later tweeted: "It’s true: I’m back! I went to sleep expecting to wake up with a small incision and woke up with a big one - but guess what? I woke up, and that's something to be thankful for.

"Thank you to the doctors & nurses. And I'm truly filled with gratitude for all of the kind messages."
Once he has fully recovered, the Austrian-born actor will turn his attention to a fifth appearance as The Terminator, with filming on an untitled sixth instalment in the franchise scheduled to begin this summer.
Producer James Cameron has revealed it will serve as a direct sequel to the first two films and disregard the events of the later entries after Terminator Genisys - a 2015 soft reboot starring Game of Thrones' Emilia Clarke - flopped..