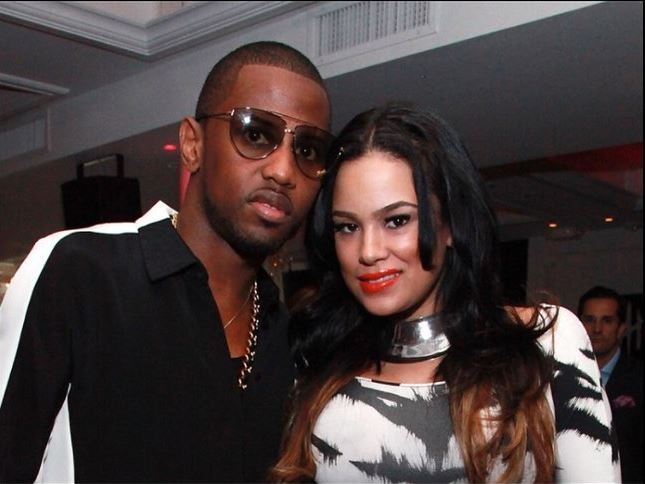 The domestic violence allegations against rapper Fabolous looks like a serious one, as new disturbing details have been revealed.
According to court documents obtained by NorthJersey, the Brooklyn rapper punched his longtime girlfriend Emily Bustamante, and babymother of two of his children in the face seven times causing her to lose her two front teeth, and made threats to kill her, her brother and her father.
Read the full report by NorthJersey below.

Englewood Police said in a statement the rapper, whose real name is John Jackson, turned himself in at 8:30 p.m. Wednesday on a domestic dispute and making terroristic threat charge. He was released from police custody.
Court documents show the alleged crime stemmed from an earlier incident on March 7, when Jackson while in Los Angeles on a business trip “became enraged” when he found out via Instagram the victim was also in Los Angeles.
According to an affidavit of probable cause, while on a flight back from Los Angeles, the victim told police that Jackson, 40, said via text he wanted to hit her in the head with a baseball bat and that he would kill her but he “did not want to go out like that.” The victim told police she was scared because of the March 7 incident. The victim was later punched by Jackson seven times in the face “causing severe damage to her two front teeth.” She ended up losing her two front teeth, according to court documents.
Reportedly, Emily B aka Emily Bustamente called her father to come remove a pair of handguns from her home. Fab allegedly came home and after he couldn’t find the guns, told Emily, her brother, and father that he had a bullet for them. Thus, the terroristic threat charge.

This post was first shown at  Rapper Fabolous punched his Babymama seven times, she lost two front teeth in Lindaikejiblogs