Meet the Indian Teenager who Broke the Internet with 1.3 Million followers after making this wink, See Video (Must Read) 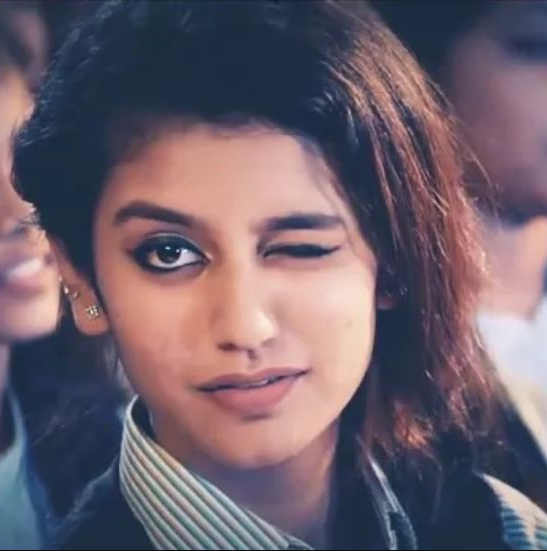 Most men and women who broke the internet did so by taking off their clothes, but one Indian teenager has managed to break the internet while fully dressed.
18-year-old Priya Prakash Varrier is the latest internet sensation who became popular for winking briefly in a video clip that features the song "Manikya Malaraya Pooviher" from her debut film Oru Adaar Love. The song broke the internet within a few hours of its release on YouTube. It has amassed over 8.8 million views in less than 4 days with the video and its star having captured the hearts and imaginations of hundreds of thousands. 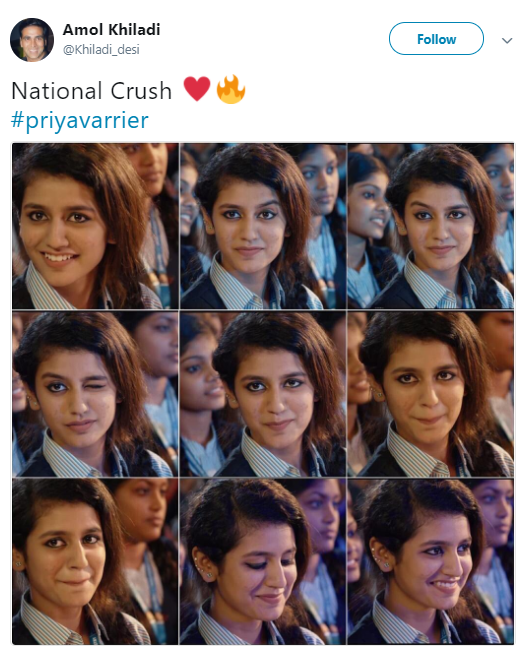 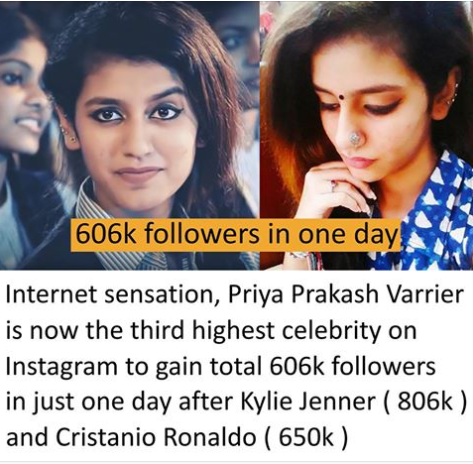 Priya is a  Malayalam actress, model and also a first-year B.Com student at Vimala college in Thrissur. She made her film debut in the music video which depicts a quintessential high-school romance as a boy and a girl exchange flirtatious glances. But it is Priya's expressions and playful wink which catapulted her to overnight stardom and dubbed her as a "national crush". According to a NewsX report, she even became the most searched person on Google for a brief duration.
After she went viral, social media users couldn't stop talking about her, with some referring to her wink as "the most iconic wink". Priya who did not expect to become a star overnight joined Twitter over the weekend and soon expressed her disbelief. 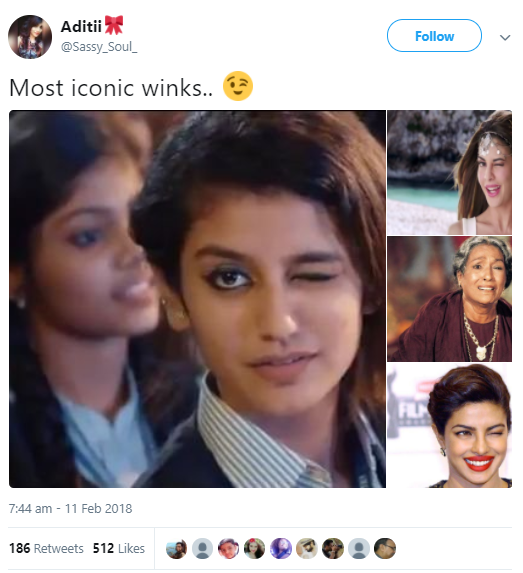 She tweeted: "Can't believe this."
She also thanked her fans for their support in a different tweet. 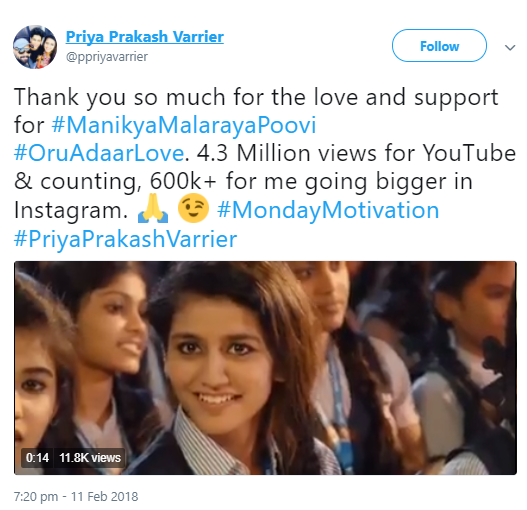 However, her family is not so happy with the instant fame and attention which they say has been difficult to cope with. When TNM contacted her family, her mother Preetha answered the phone and said, "Priya has gone to the hostel," then immediately prepared to hang up. She later opened up, saying that the instant fame has left them stymied.
"The director has told us strictly not to give any interviews," she says. "He has said she's to give interviews only after the film releases. The film has just started and they've shot only a little bit. I've sent her to the hostel because of all this noise."
"We never expected this to happen," Preetha adds. "We never thought much about it. She had a desire and so we took her to an audition. She'd gone for another audition last year called by the same team, when she was a Class XII student and they'd selected her for that film as well - but the shooting was during the board exams. So she couldn't go for it. They'd said then itself that she should come the next time there's a casting call." 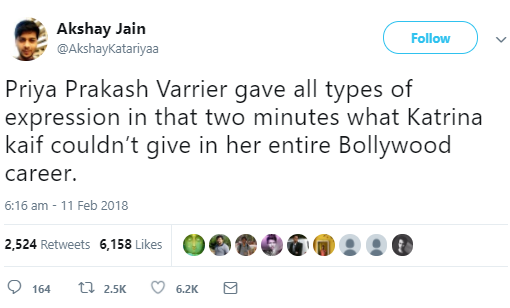 Asked about Priya's photographs that have flooded the Internet, Preetha said: "She had done modeling once. She did a ramp show. She's not the one who put all those pics on Instagram. They are all fake accounts. These pictures have been put up by photographers who had these images. We'd not taken these images from them. The ones she's put up are likely to be selfies with friends." 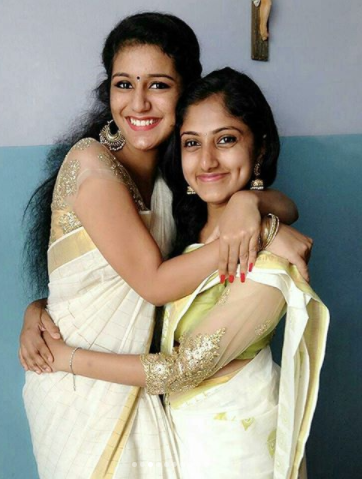 Priya (left) and a friend in a photo she shared on Instagram
Reacting to the craze that Priya has become overnight, Preetha said: "It is very difficult. But what can we do? We can't make anyone hate us by objecting. It will be seen differently."

Watch the video that propelled Priya to stardom below.