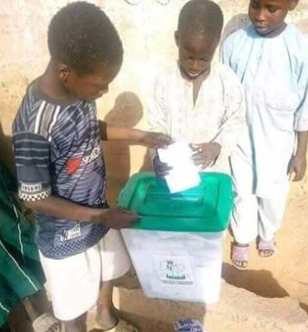 The Independent National Electoral Commission has reacted to claims that it allowed underaged boys to participate in the local government elections in Kano state last Saturday. Photos of underaged children participating in the election have been making the rounds on social media.


Election observers such as Action Aid International Nigeria and the Centre for Information Technology And Development CITAD, had said they witnessed voting by underage citizens during the elections.


INEC says they never allowed any underage person participate in the election.  Read the statement released by the spokesperson, Oluwole Uzzi, below... 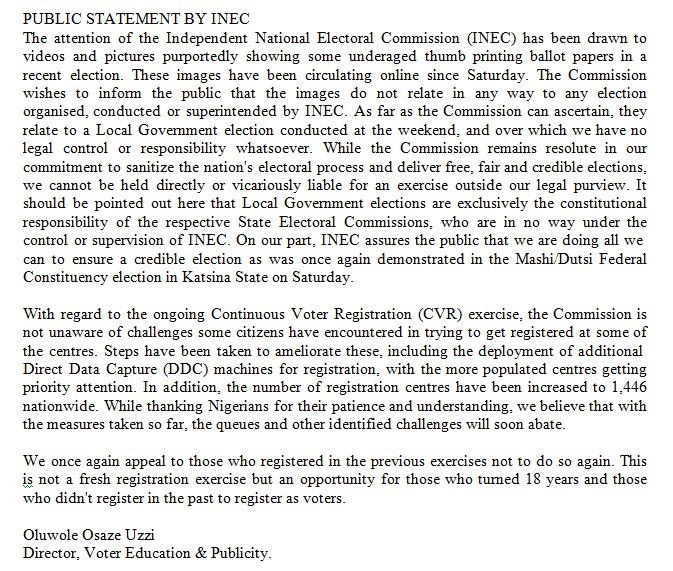