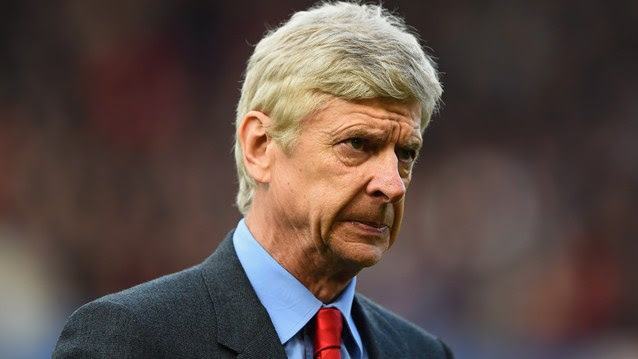 Arsenal boss, Arsene Wenger, has revealed that he would have committed suicide had Chelsea’s late strike won the game for Chelsea during their EPL clash on Wednesday.
Arsenal’s Arsene Wenger has controversially claimed that he would have killed himself had Davide Zappacosta’s late shot sealed three points for Chelsea on Wednesday.
According to Goal.com, the manager made the remark after sharing the points with Antonio Conte’s men in an extremely exciting finale to proceedings at the Emirates.
A sparkling second half of football at the Emirates Stadium ended in a 2-2 draw between the London rivals.
The visitors hit back after Jack Wilshere’s first Premier League strike in over two years with goals via Eden Hazard and Marcos Alonso, before Hector Bellerin restored parity late on.
There was one more twist in the tale, however, when Zappacosta crashed a long-range shot against the bar.
“I would have committed suicide,” Wenger told reporters after the final whistle when asked what he would have done if that effort went in.
“It was a great football game, we have shown great mental resources, I knew the last 20 minutes would be tough.”
The draw leaves Arsenal rooted in sixth place in the Premier League, outside the Champions League standings.
But while Wenger is annoyed to see his side down the table, he believes that the Gunners’ play merits better fortunes.
“It’s very frustrating. We have to look at ourselves as well,” he added.
“Our performances have been top quality but we have not had the results we could have had. We have not been gifted luck.”
The manager singled out goalscorer Wilshere for praise after opening the scoring with a fine finish.
“He’s at the level now that not many people expected him to be. He has not played for England since 2016, that means everyone gave up on him,” he said.
“But now it would not be a surprise if he gets a call up. He deserves great credit.”
Source: Goal.com

Email ThisBlogThis!Share to TwitterShare to FacebookShare to Pinterest
Labels: Sport